8 things we do that really confuse our dogs.

Dog behaviour is extraordinarily flexible – this is why we can keep them in our homes and take them to cafes with us at the weekend. 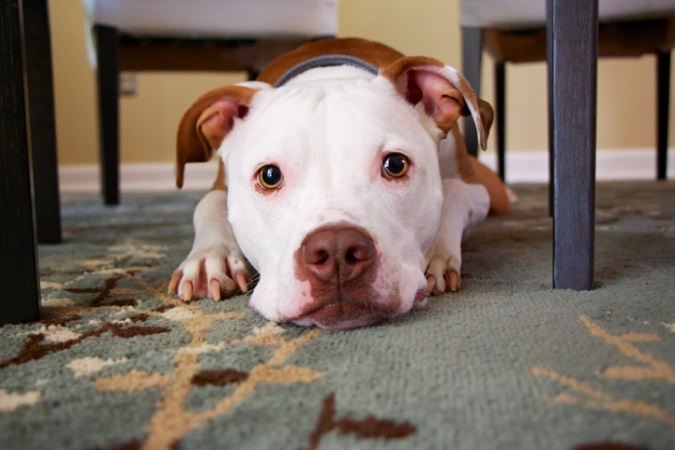 It’s no secret that dogs are insanely smart animals. They are known for assisting humans for various things such as looking for drugs, guiding blind people, protecting their owners from home intruders, among others. But of course, there are still a handful of things that they still don’t completely understand. Here are few:

One of the ways dogs bond with each other is by play-fighting. Of course, humans don’t enjoy this as much since we’re more susceptible to pain. It’s only natural for dogs to interact with their muzzle, not only when playing but with communicating and expressing affection as well. This is why discouraging them and taking offense whenever they nibble on us bewilders them as well.

Dogs are naturally friendly. They don’t just enjoy spending time with other canines, but with humans and other animals as well. They’re so used to having company whenever they play, explore, and travel that it baffles them every time you leave them alone at the veterinary clinic, at the grooming salon, in kennels, or even at home. Situations like these make them feel anxious not knowing when their owners will come back.

Most homes impose dog-free zones in certain areas such as the bedroom or kids playroom which further confuses them. This causes them separation-related distress as well, thus explaining their very demanding behavior.

3. Not eating from the bin

It’s part of their instinct to scavenge for food from pretty much everywhere, including trash cans. Pet owners typically put food on the floor or in their bowls for them to feast on, which is why it must be puzzling for them so see their owners sit on the table or couch when consuming food.

4. Changing your scent and shape

Considering that dogs are olfactory creatures, they typically associate us with specific smells that they’re used to. This is why it puzzles them whenever you switch your deodorants, shampoos, perfumes, soaps, cleaning agents, and other products that affect your overall scent. This includes smells that cling to wallets, bags, clothes, and shoes from the outside world.

Apart from shaving or growing body and facial hair, and gaining or losing weight, putting on specific accessories or clothing changes your shape too. Big hats and coats are examples of small things that alter your visual outline that they’ve gotten used to.

Humans change scents and shapes daily, while dogs only do it once a year. This also explains why they may not identify you right away whenever you wear something different or smell a little bit off.

In case you haven’t realized it yet, canines live in an olfactory world. Humans, on the other hand, are more driven or stimulated with the things they see. This explains why people tend to enjoy watching the television, while dogs prefer going to beaches and parks. Dogs also tend to move around when trying to discover new things or places, whereas humans stay still more often.

Dogs are known for being great protectors, especially from thieves and intruders. Thus, you can only imagine how confused they get when you allow other people or animals inside your dwelling and discourage your dog from being aggressive or angry at them. So far, hounds haven’t evolved yet to completely understand or accept any form of threat to their loved ones, resources, and territory.

7. Hugging as a form of affection

Dogs use their forearms to grasp each other when fighting, playing, and mating. To them, getting pinned by another canine signals restriction from escape. This is why when you hug them to express your love, they might feel a bit threatened or uncomfortable.

Dogs have mixed feelings whenever their owners move their hands. It’s because although these hands give them amazing treats, belly rubs, scratches, and toys, these are also the same hands that trim their nails, restrain them inside their cages, administer tablets, among others. Their fear and urge to defend themselves may translate into bad or aggressive behavior which may leave the owner frustrated as well. Unfortunately for some hand-shy canines, their owners would decide to leave them to shelters and pounds, give them away, or even punish them even more.

The challenge for all pet owners is to extend patience and understanding when looking after your dogs. Again, dogs are incredibly smart but they’ll never learn if you don’t guide them properly. Teach them through ways that are not physically and mentally abusive, and show them your appreciation and love as much as you can.

Insider reports state that a few councils were able to get less than 5% of impoundment and other fees from the dog owners through the Fines Victoria...

Great Tips to Protect Your Furniture from Your Cat without Declawing

Cats are undeniably adorable yet mesmerizing. Their huge eyes, soft fur, and silly antics are sure to capture the hearts of many people. But of course, properly...

Australia’s summers never used to be this hot. With such extreme conditions, we truly cannot deny the effects of climate change. The recent bushfires and heat waves...

Top Tips for helping your pet move in

Most people find moving to be stressful because of the many things we have to sort out. However, it’s not just humans who dread moving. Our pets...